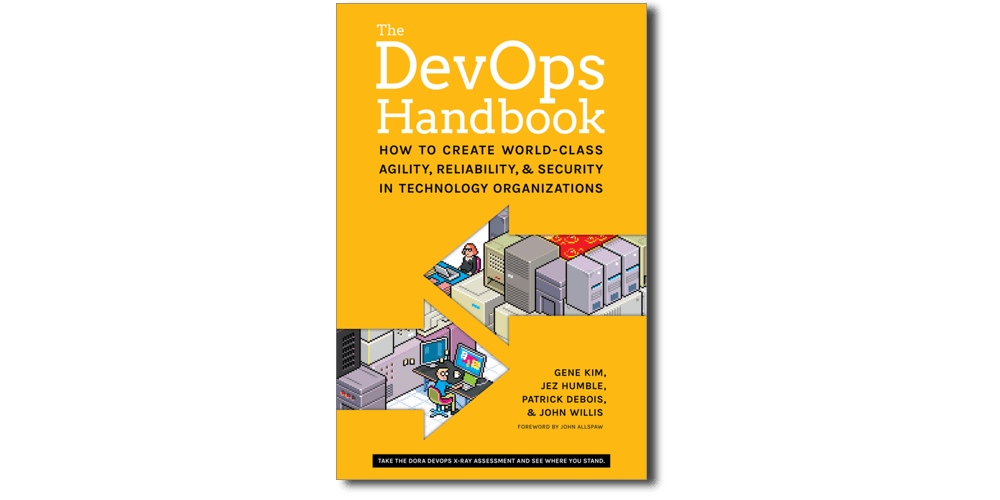 The DevOps Handbook starts with the author’s “aha” moments with DevOps. I’d like to share my personal “aha” moment with you, as well. Back in 2012 I have been working on an online banking platform. Our team of software engineers had the goal of releasing at least one feature or major improvement per week. But the process of shipping software did not allow us to do so: manual instead of automated tests, poor communication and feedback between software development and operations, time-consuming provisioning of new infrastructure and environments. To be able to get feedback from our customers as soon as possible, we were looking for a way to be able to deploy new features and improvements much faster and more often. Our team started to build and operate its own infrastructure on top of Amazon Web Services. We were also investing into automated tests and deployments very heavily. As a result, we were able to deploy to production with less risk and much faster.

Back to topic! I have been reading The DevOps Handbook recently. I can highly recommend this book written by Gene Kim, Jez Humble, Patrick Debois, and John Willis. The DevOps Handbook is summarizing and structuring the concepts behind DevOps clearly.

The book starts with illustrating the chronic conflict between Development and IT Operations. 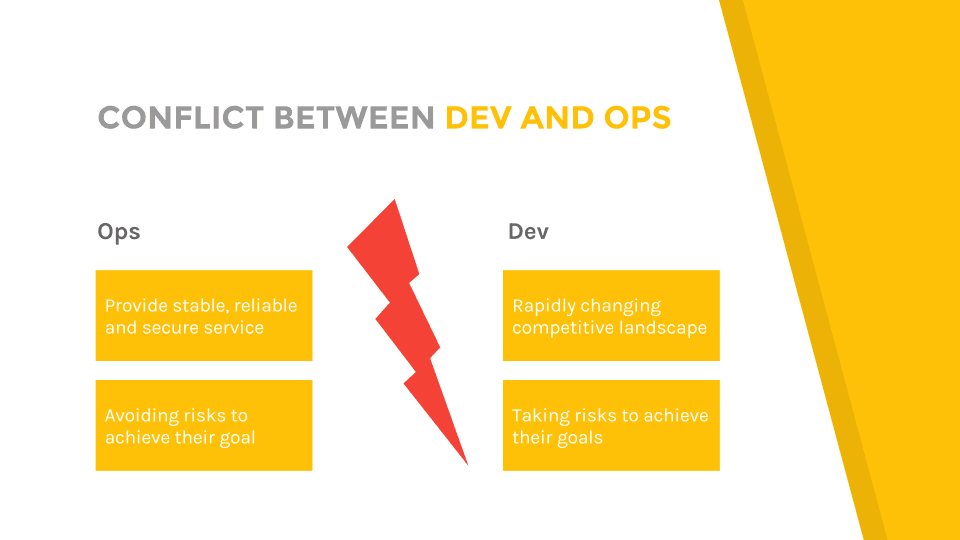 Solving the conflict by transferring learnings from the manufacturing value stream to the technology value stream is the main focus of the book. The author’s are focusing on the Three Ways. The Three Ways are the core principals behind DevOps: Flow, Feedback, and Continual Learning. 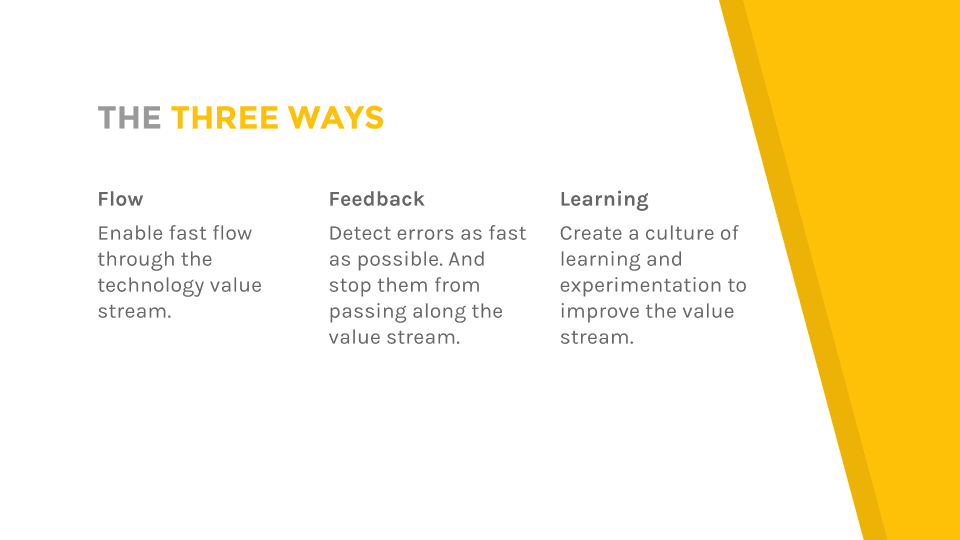 The DevOps Handbook is clearly stating the core of DevOps. The book is not focusing on tools like Infrastructure as Code, Containers, or Configuration Management. It is all about people, culture, and processes. The book is creating a language to describe DevOps and gain a common understanding. Highly recommended no matter if you have a technical or business background.