This article teaches you how to create a serverless RESTful API on AWS. You will use OpenAPI Specification formerly known as Swagger Specification to define the API and API Gateway in combination with Lambda to implement the API. DynamoDB is used to store the data. The example’s source code is available on GitHub and can be used to speed up your own project.

Implementing a RESTful API with API Gateway, Lambda, and DynamoDB 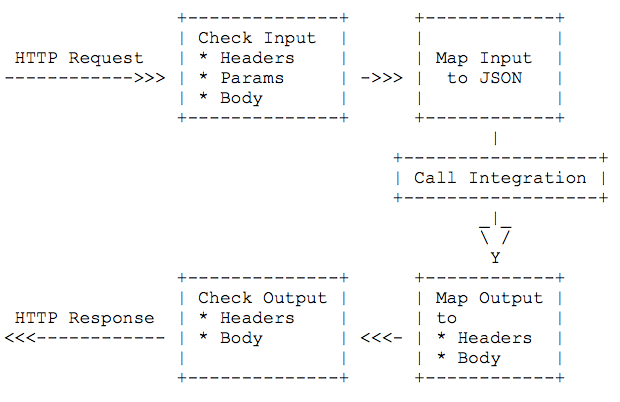 If you want to define a REST API you need to specify:

You can use a popular framework called Swagger to define a REST API. You will learn how to use Swagger next.

Defining a RESTful API with Swagger

Swagger defines a way to describe your RESTful API in a format like JSON. The cool thing about Swagger is that the API definition can be used by:

Swagger offers a large ecosystem offering powerful tools: you are able to generate client SDKs, visually edit your Swagger definition and use many other helpful tools. A simple Swagger definition that defines what happens if a GET request is sent to resource /user follows:

The Swagger definition also contains definitions to describe the expected input or output in JSON schema notation. With that information, you can define a RESTful API. But how does Swagger work together with API Gateway?

Have a look at the following example to see the API in action.

The example in this article reuses the multi-user ToDo application from chapter 10 in Amanzon Web Services in Action. You can find the code for the original example in the book’s code repository.

Use Swagger UI to have a look at the REST API definition of this example.

Create an S3 bucket in the US East (N. Virginia, us-east-1) region and upload the lambda.zip file (replace $S3Bucket with a S3 bucket name):

Wait until the stack is created (CREATE_COMPLETE)

DynamoDB is exploding in popularity. It's fast, scalable, and fully-managed. But it's not your father's database. Data modeling in DynamoDB is different than the relational data model you're used to.

Learn how to properly design your data model with DynamoDB to avoid problems later.

The DynamoDB Book by Alex DeBrie is available now!

Get The DynamoDB Book now

replace all nine occurrences of $AWSRegion in swagger.json with the region that you are creating your API and Lamdba in

replace all nine occurrences of $LambdaArn in swagger.json with the ARN from the stack output above (e.g. arn:aws:lambda:us-east-1:YYY:function:apigateway-Lambda-XXX)

make sure you have an up-to-date version (aws --version) of the AWS CLI >= 1.10.18. Learn more here: http://docs.aws.amazon.com/cli/latest/userguide/installing.html

The following examples assume that you replace $ApiGatewayEndpoint with $ApiId.execute-api.us-east-1.amazonaws.com

Your API is now able to answer requests. Let’s give it a try.

Create a task with a category:

Tear down and clean up

With API Gateway you can configure a RESTful API. You used a Lambda function to implement the functionality: Each request is answered by the Lambda function. You have very limited overhead to operate your API because you only need to configure your API and implement the functionality. You don’t need to care about servers, scaling, and all the operational overhead.
To automate the configuration of API Gateway you used a tool to import Swagger definitions.