Multiple deploys per day are only possible if your pipeline from code changes to deployment is fully automated. If you commit into the repository, the source code is automatically built and tested against your automated tests. If the build passed the tests, it is automatically installed in your testing environment. Maybe some integration tests are triggered now. After the integration tests have passed, the change is propagated into production. But this is not the end of the process. Now you need to carefully monitor your system and analyze your logs in real time to ensure that the change was successful.

If your infrastructure is automated, you can spawn a new system for every change introduced to the code repository and run the integration tests isolated from other changes that were pushed to the repository at the same time. So whenever a change is made to the code, a new system is created (servers, databases, networks, etc.) to run the change in isolation. 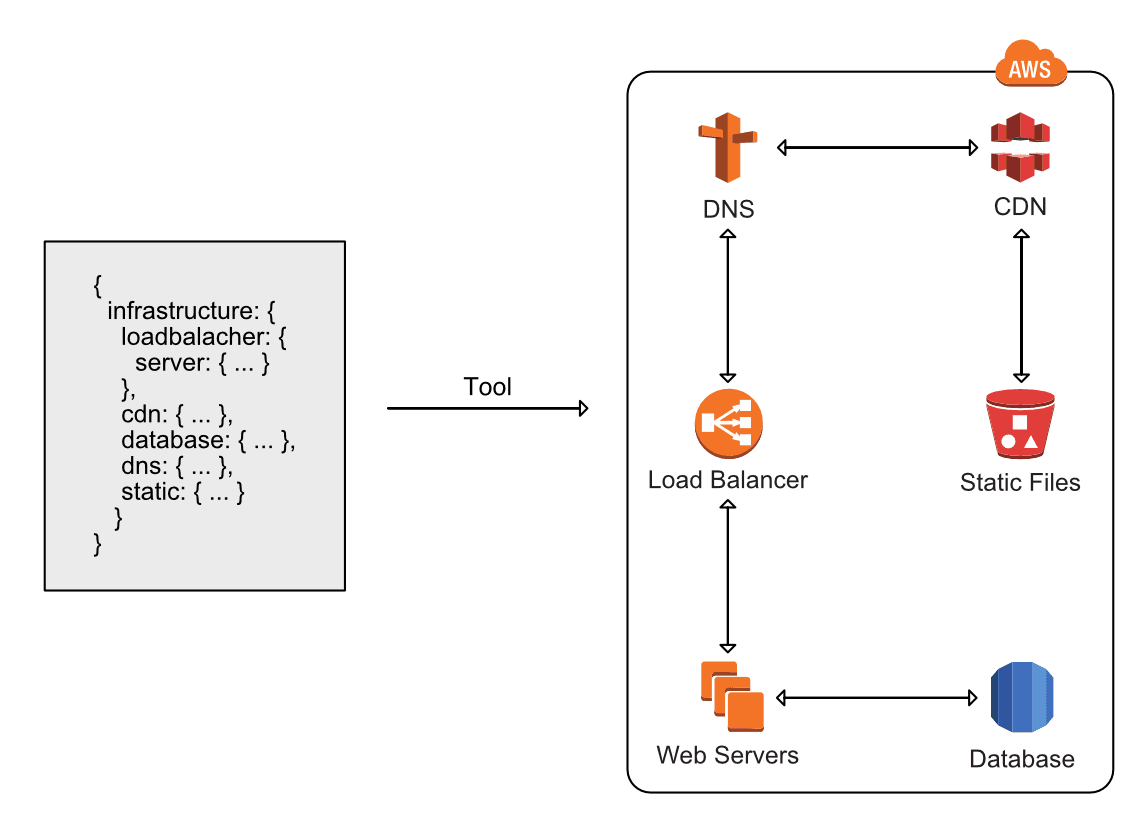 The infrastructure consists of:

To reduce issues with syntax, let’s say that we based JIML on JSON. The following JIML program creates the infrastructure shown in figure 1. The $ sign is used to indicate a reference to an id.

How can this JSON be turned into AWS API calls?

Let’s have a look at the dependency graph created by the JIML interpreter in figure 2. The JIML interpreter now turns the dependency graph into a linear flow of commands using a pseudo language. The pseudo language represents the steps that are needed to create all the resources in the correct order. The nodes at the bottom have no dependencies and are therefore easy to create. That’s why they are created first.

Listing 2: Linear flow of commands in a pseudo language is derived from the dependency graph

The last step, translating the commands of the pseudo language into AWS API calls, is skipped. You already learned everything you need to know about Infrastructure as Code: It’s all about dependencies.

Luckily, AWS already offers a tool that does much better than JIML: AWS CloudFormation.