The Gold Standard for modern cloud-native applications is a serverless architecture. AWS Lambda allows you to implement scalable and fault tolerant applications without the need of a single virtual machine.

A serverless infrastructure based on AWS Lambda has two key benefits: 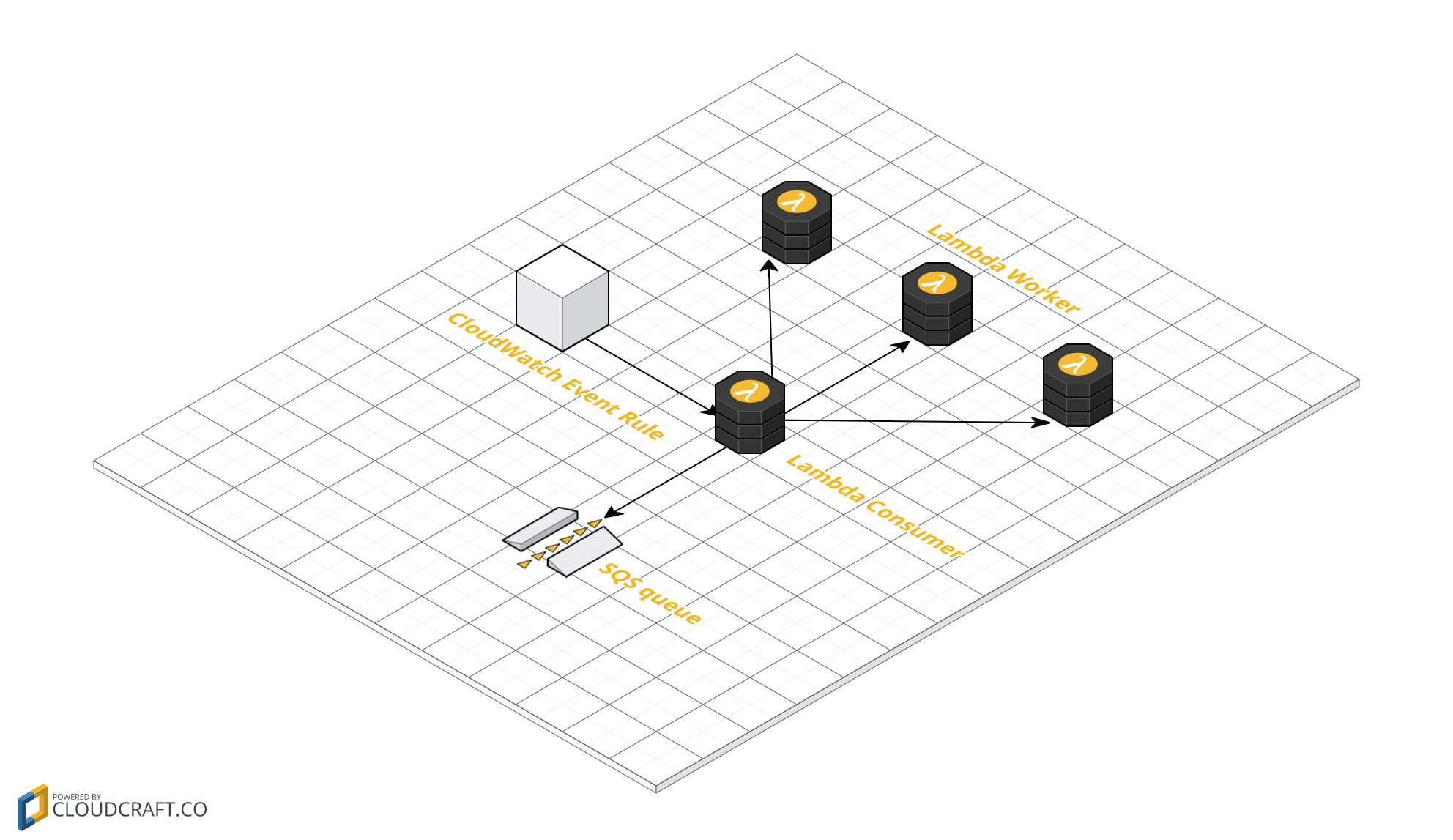 This article shows you how to process asynchronous tasks serverless. Possible use cases are: sending out massive amounts of emails, transcoding video files after upload, or analyzing user behavior. An SQS queue will be used to decouple your microservice from other parts of your system. You’ll learn how to implement the microservice with AWS Lambda.

A best practice when building scalable and highly available systems on AWS is to decouple your microservice by using one of the following options:

The following figure shows a typical architecture based on SQS. A producer sends tasks (also called messages) to an SQS queue. A fleet of consumers reads tasks from the SQS queue and does the actual computing. The number of consumers can be scaled based on the number of tasks in the queue. As the tasks are stored durable and are managed within SQS, it is also very easy to build a fault tolerant system recovering from failed consumers without losing any tasks automatically.

SQS offers a REST API, so there are various options to integrate into producers and consumers: mobile or client-side web applications, applications running on EC2 instances, and AWS Lambda.

Amazon announced AWS Lambda in November 2014. Since then serverless computing has become one of the hottest topics within the public cloud market.

You can execute small computing tasks with the help of AWS Lambda. Currently, your function needs to finish its work within 300 seconds.

Lambda supports Node.js, Java, Python, and .NET Core. You just have to upload your source code to S3. Afterward, you can execute your functions by calling the REST API or use one of the integrations: Kinesis, S3, DynamoDB, CloudTrail, and API Gateway.

Ath the moment there is no out-of-the-box integration for SQS. But you’ll learn how to integrate SQS with Lambda easily next.

The following figure shows all components needed to read and process messages from an SQS queue serverless: Let’s dive a little bit deeper into implement and set up this infrastructure with the help of CloudFormation, my favorite Infrastructure as Code tool.

You can find the example code at Github widdix/sqs-lambda-example as well.

First, you need to setup an SQS queue. The following CloudFormation snippet contains:

What is a dead letter queue? A dead letter queue is used to collect failed tasks. In this example, a task is moved to the dead letter queue if the Lambda Consumer or Worker has failed to complete the task within 60 seconds for ten times successfully. This mechanism allows your system to get rid of broken tasks without blocking the whole task queue.

Let’s proceed with the Lambda Consumer.

The following snippet contains all resources needed for the Lambda Consumer:

The previous snippet can be used to set up the resources needed with the help of CloudFormation. What’s still missing is the source code for the Lambda Consumer executed on AWS Lambda. The Lambda function needs to:

The following snippet contains an example for the Lambda Consumer written in JavaScript:

Only one more part is missing: the Worker Lambda.

The following snippet contains all resources needed to set up the Worker Lambda with the help of CloudFormation:

Of course, you need to implement your source code for the Lambda Worker. You can do whatever can be done within 300 seconds, the current execution timeout for Lambda functions. The Lambda Worker needs to delete the message from the SQS queue after processing the message successfully.

The following snippet shows an example implementation for the Lambda Worker.

SQS helps you to decouple your asynchronous workloads. Using Lambda with SQS is a challenge, as AWS does not provide an out-of-the-box integration so far. But as you have learned in this article, it is possible to combine SQS and Lambda with a little bit of glue yourself. Doing so allows you to build a serverless microservice consuming tasks from a queue, e.g.: sending out massive amounts of emails, transcoding video files after upload, or analyzing user behavior.

P.S. Looking for a way to monitor your Serverless application? Send CloudWatch alarms to Slack with marbot.