Advanced AWS Networking: Pitfalls That You Should Avoid

AWS offers shiny and powerful networking services. However, you should know about the pitfalls when designing advanced networking architectures for AWS. I will share some pitfalls that came to my attention when consulting clients to get the most out of AWS.

You will learn how to answer the following questions: 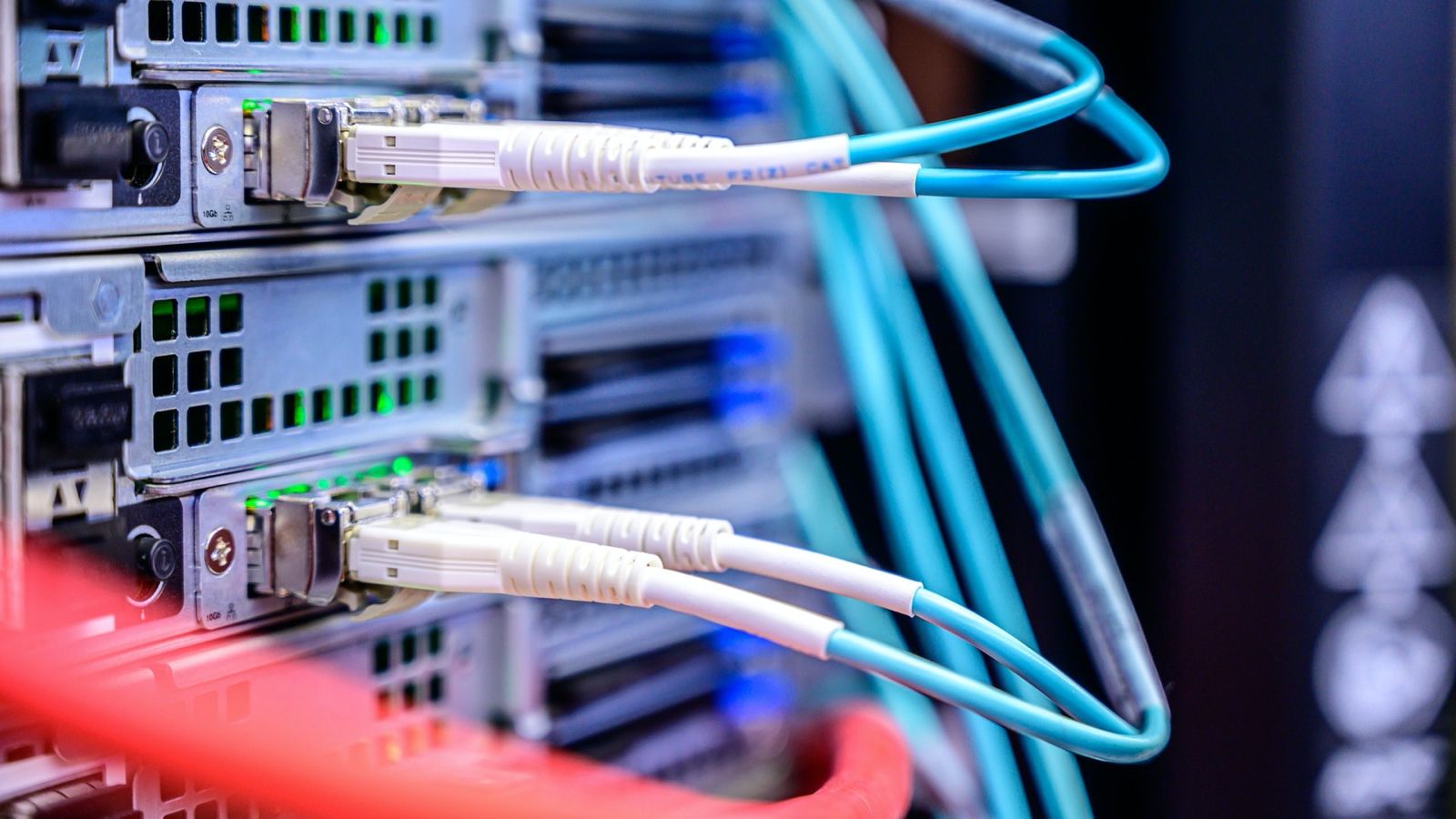 Since 2018, there is a second option to enable communication between networks: AWS Transit Gateway. First and foremost, Transit Gateway acts as a gateway connecting up to 5.000 networks. After attaching a VPC to a Transit Gateway, you need to update the routing tables of your subnets as well. Additionally, defining custom route tables to configure the routing within the Transit Gateway is possible as well. At first, it looks like choosing Transit Gateway over VPC Peering is always a good idea. But that’s no longer true when having a look at the pricing.

So using Transit Gateway doubles monthly costs for your networking infrastructure. Let’s have a look at the pricing details.

The baseline costs for a Site-to-Site VPN connect are $36.00 per month. The same is valid for attaching a VPC to a Transit Gateway. As long as you don’t need more than one VPN connection per VPC, you are better off with VPC Peering from a pricing perspective. Keep in mind that I haven’t taken the complexity for managing VPN connections and providing the on-premises hardware into account here. If keeping costs to a minimum is essential, the baseline costs of $32.00 per month per NAT Gateway could be a show stopper. When using three AZs, you will pay $96.00 per month for three NAT Gateways.

The NAT Gateway also increases costs for outbound traffic. You have to pay a premium of $0.045 per GB flowing from a private subnet to the Internet. That’s raising the costs for outgoing traffic by 50%.

Let’s have a look at a pricing example.

In summary, following the standard network architecture on AWS can become quite costly.

Keep in mind that the NAT Gateway bandwidth can scale up to 45 Gbps. Check out our CloudFormation templates to learn how to monitor this resource limit!

What’s the alternative? Place your workload - most likely, your EC2 instances - into the public subnets. By doing so, the NAT Gateways are no longer needed. Compared to the example with NAT Gateway from above, you will save $141.00 per month.

Keep in mind that your EC2 instances are now reachable from the Internet via their public IP addresses. Make sure you are blocking unwanted incoming traffic by making use of Security Groups and Network Access Control Lists. 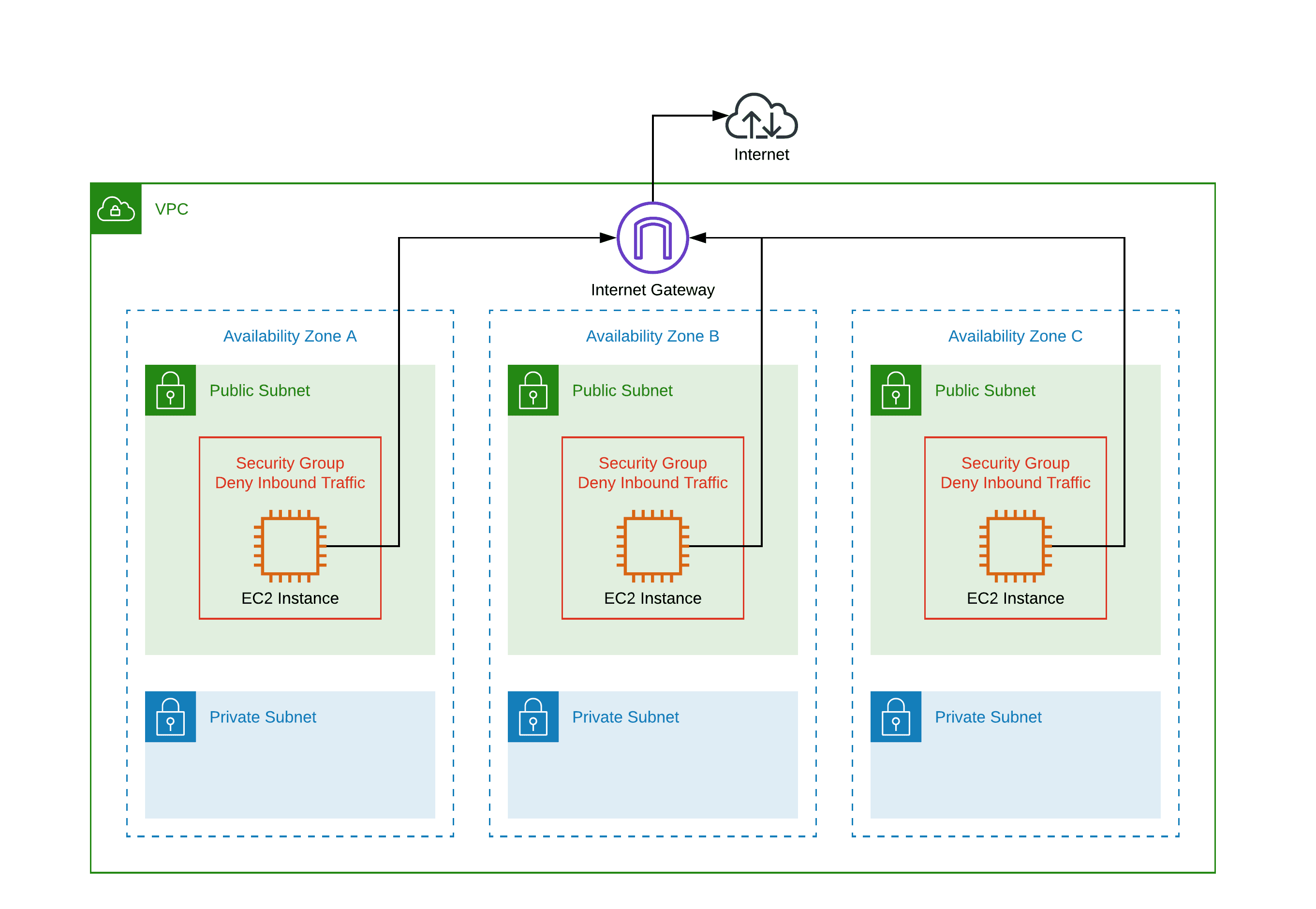 When designing the network architecture, keep the costs for the NAT Gateways in mind. I have to mention at well, that deviation from the standard can cause troubles. For example, an external auditor is most likely not happy with placing an EC2 instance into a public subnet.

AWS services like EC2, RDS, and ElastiCache come with an Elastic Network Interface (ENI), which enables communication from within your VPCs. However, many AWS services provide a REST API, available via the Internet only. A few examples: S3, DynamoDB, CloudWatch, SQS, and Kinesis.

There are three options to make these services accessible from private subnets: 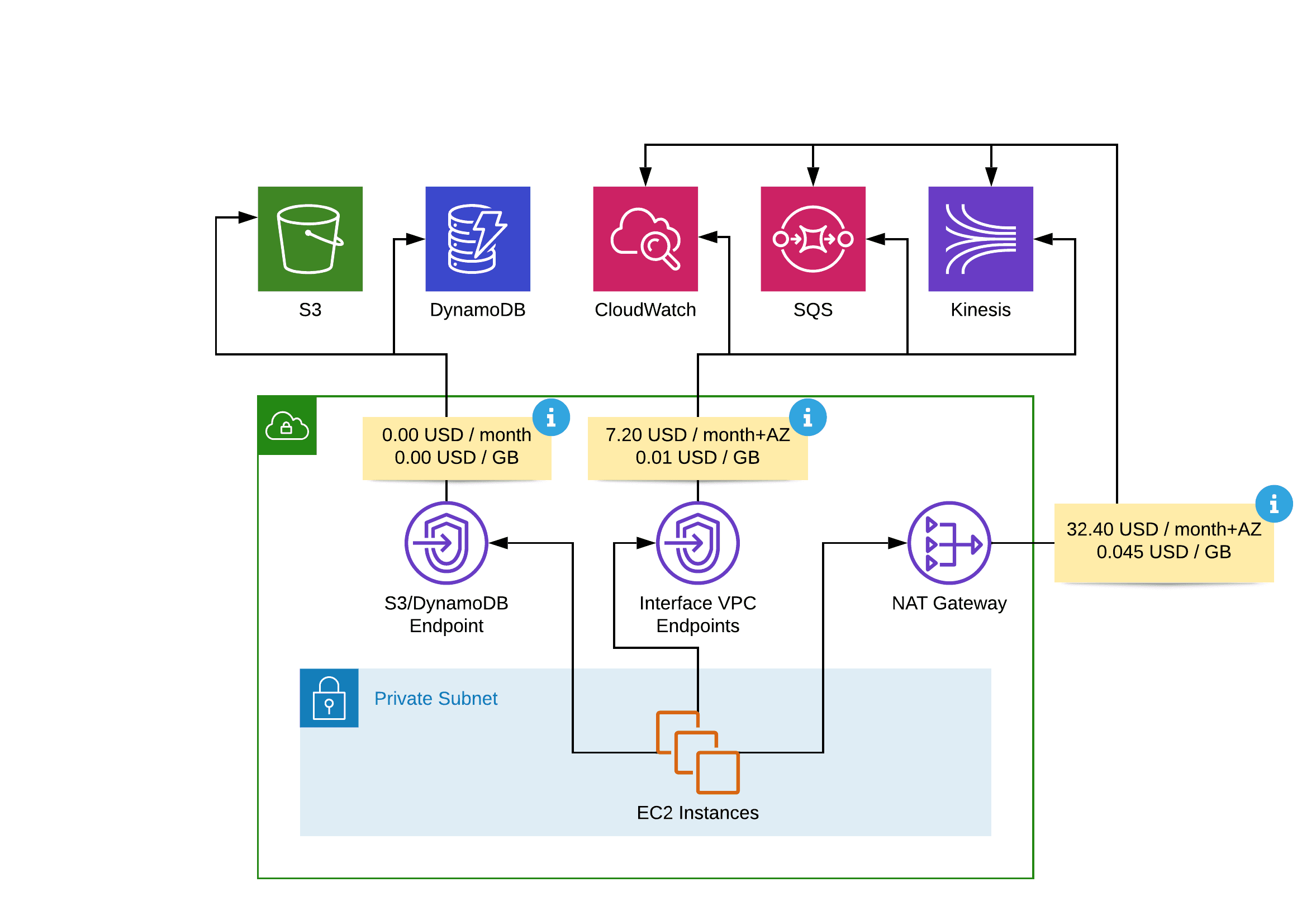 Keep the following rules of thumb in mind when designing your network architecture. To put that in other words: when using another CDN provider than CloudFront, you are paying twice for outbound traffic. That’s not fair, but you have to deal with it.

DNS is a crucial component of your network architecture.

Resolving names in the other direction is possible as well. To do so, you need to create Outbound Endpoints and define rules that forward queries to your internal name server.

In general, Route 53 Resolvers are a perfect fit for hybrid scenarios. Besides some minor technical changeless, that I will not discuss in this article.

However, Route 53 Resolvers are adding high costs to your networking infrastructure. You will pay $180 per month for an inbound endpoint deployed into two availability zones. The same is true for outbound endpoints. So the baseline costs for your name servers will be $360 per month.

On top of that, you will pay for recursive DNS queries.

From my point of view, there are two ways to minimize costs caused by Route 53 Resolvers.

Instead of using a private name server to manage your records for aws.intra.net use a Public Hosted Zone, which allows you to resolve DNS requires over public name servers. Both from your VPC as well as from your corporate network.

In any case, do the math when adding Route 53 Endpoints to your architecture and balance the pros and cons according to your scenario.

Remember the following pitfalls when designing your AWS network architecture.